There are two types of commitment. Both are entered into by free will. But while one type is a forced commitment, the other is driven by genuine love.

I will never forget an inmate I met who had made a commitment to a prison gang. He joined the gang of his own free will. But once he became a member of the gang, his commitment was no longer his own choice. The other gang members enforced it.

When the inmate became a Christian and decided he had to leave the prison gang, there was a price to pay. The cost was a beating. The beating was so severe that he was hospitalized. Repeatedly, I have watched inmates struggle with the decision to change their commitment. They have had to pay the price to break the old commitment.

There is a story in the Old Testament of the Bible that tells what a Hebrew man would do when he owed a debt that he couldn’t pay. According to Deuteronomy 15, the man could sell himself as an indentured servant for seven years to pay back the debt. At the end of seven years, the servant had a choice to make. He could go out free, just as he came into the arrangement. If he liked the way he was treated and he felt his life was better as a servant to the master, he could make the choice to stay. But he could not sell himself to the master again. The purchase price could only be paid once. If he wanted to stay and continue to serve his master, a specific process had to be followed:

I am commanding you to obey the Lord as a reminder that you were slaves in Egypt before he set you free. But one of your slaves may say, “I love you and your family, and I would be better off staying with you, so please don’t make me leave.” Take the slave to the door of your house and push a sharp metal rod through one earlobe and into the door. Such slaves will belong to you for life, whether they are men or women.” (Deuteronomy 15:15-17)

This commitment not to go free may have started with a debt that could not be paid. But any subsequent commitment was made out of love for the master and the good things the master has done. Both commitments were made by free will, but one was necessary because of the debt, while the other was made from within.

I think about these seven years as the “hang around” and “prospect” years for a patch holder. The club seems to have something that you can’t get on your own. You check it out to see if you like what they have and then eventually you make that wholehearted commitment. Making this commitment to a club may give you certain privileges and protection. But, there is another commitment you can make that offers far more.

Sin pays off with death. But God’s gift is eternal life given by Jesus Christ our Lord. (Romans 6:23)

We have all earned eternal death, but Jesus paid the price for us on the cross so that we could have eternal life. Many have realized the need for this debt to be paid. Some have even made an effort to accept the payment of that debt, but they have only served out of a need to escape the debt that leads to hell. Is it time to end the “hang around” days? This commitment from the heart accepts and confesses Jesus as Lord and Savior.

So you will be saved, if you honestly say, “Jesus is Lord,” and if you believe with all your heart that God raised him from death.” (Romans 10:9) 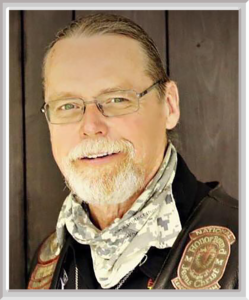 Read Section 5.4 to learn what Jesus said about having faith in him. 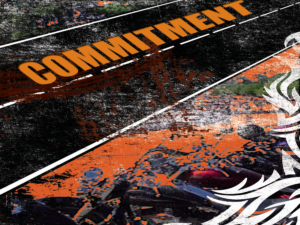