“It wasn’t supposed to turn out this way,”

Life is like a road with many twists and turns. Just when I thought I had it figured out, unexpected bumps in the road would leave me scratching my head and wondering how I ended up in this mess.

“It wasn’t supposed to turn out this way,” is what I told myself for a good part of my life.

I grew up in a church pew. If the doors were open, my family was there. I learned a lot about God and the Bible. I even knew how to pray. Life seemed to be going pretty well. I talked to God. I know he listened. God seemed to get me out of quite a few jams. At a young age, I even felt that God wanted me to become a preacher.

As I grew, I also moved away from God. I wanted to control my own path. I turned down a road that seemed to lead to fun and excitement, even though I knew some of the ‘fun things’ I was doing were wrong. I thought I could fool God and hide the bad things I did from him. But I learned something that frightened me at first: God sees everything! It may be easy to fool your family or friends, but impossible to fool God. I started to fear him and was sure that at any moment he would make me pay for the wrong I was doing. I started to get the idea that God’s main objective was to team up with my parents and take all the fun out of life. The strange thing was that God kept surprising me. Even though I was trying to push God out of my life, he was always there when I needed him.

When I was 13 years old, my father was killed in an auto accident. Sadly, I thought that this was God’s way of finally getting even with me. I was confused and I became angry with God.

Now, I know that I should have run to God, but back then I ran as fast as I could away from him. I also know now that God doesn’t make bad things happen. Bad things are the result of living in a broken world (a world that humans broke way back in the very beginning). God created us to have a relationship with him, but that bond was broken by sin. Ever since, he’s been trying to re-establish a relationship with us.

Back then, drugs and alcohol seemed like the answer to me. I was willing to try just about anything. And for a short time, the drugs and alcohol were masking the pain I felt. I told myself I was having a great time. I was just a kid, so my Mom still took me to church. It was obvious I was running wild. Even though I was rebelling against everyone, my church family still expressed love and concern for me. Even God seemed willing to listen to me. Countless times, in a drunken stupor, I would cry out to him for help and he would hear me. Even when I was sober, there were times that I would vow to change my life if God would just help me. He would help me, but I wouldn’t help myself.

By the time I hit my late teen years; I was a wreck. I’d isolated myself from the family and friends who could have helped me. I was only talking to God at my most desperate hours and almost never when sober. Alcohol had complete control of my life.

Getting drunk was the only thing I cared about, so I left home. At 16, I lived on the streets. I dreaded the day I would be arrested for something and would have to face the family I had shamed. My life was definitely was not supposed to turn out that way!

One morning after a particularly eventful night, I found myself completely alone with few options. Most of my friends were in jail or in hiding. The petty crimes we were constantly committing to get alcohol were starting to catch up with us. I was sure it wouldn’t be long until I was in jail. I don’t remember making the decision to leave the streets, but I started marching. I walked miles to my grandmother’s tiny apartment. I was on autopilot. As I approached her home, I started wondering what I was doing. No one in the family even knew where I was. It had been a long time since I had any contact at all with my family. I turned the corner onto the sidewalk that led to her house and was shocked to see my grandmother looking in my direction as though she was expecting me. I wanted to run away, but something kept me moving toward her door. As I drew closer I noticed stitches on her head and arms. It looked as though she’d been in an accident.

I asked about her wounds. “Skin cancer,” was the reply. Then she told me there was cancer on the inside too. She would soon have surgery to have the cancer removed from her body.

“I have prayed for three days that God would bring you to my door,” Grandma said. “I had to tell you one more time that I love you, but you are completely wasting your life, and you have to make things right with God.”

Her words felt like a battering ram. I wanted to run, but what would that change? I wanted to get drunk, but alcohol would only amplify my pain rather than deaden it. Even though I could literally feel God reaching out to me, I could no longer allow myself to turn to him. I tried to make sense of everything and figure out how to clean up the mess my life had become. One solution seemed clear. As day became night, I decided to end my life. This would bring an end to my pain. Just as I struggled to gather the courage to do it, I believe I heard the voice of God. It was a simple but life-changing question.

“Do you really want to stand before me right now?”

There were so many things I wanted to say in that moment. I was overwhelmed by emotion. I finally cried out through bitter tears, “I can’t change!”

Then, in the quiet, I heard the response: “I’ll help you.”

For the first time, I finally realized that God is for me and not against me!

It wasn’t an easy road. I had to go through rehabilitation for my addictions. There were many times I wanted to give up. Many times I knew I couldn’t make it on my own, but God was always there, helping me. On one memorable morning, I was really looking for some direction from God.

I would soon be graduating from my residential treatment program and would have to function in the real world.

“What do you want me to do with my life?” I asked.

“I already told you” was the answer I sensed in my heart.

I hadn’t thought much about my childhood faith in a long time. I remembered knowing that God wanted me to be a preacher. I started to debate God on the wisdom of asking someone who had such a bad track record to do something as important as preach the Gospel. I knew I did not have the ability to do this. 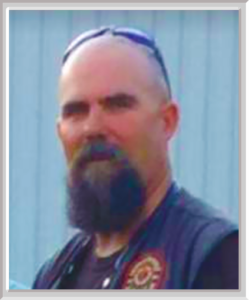 Read Section 4.41 to learn about another son, who was lost, but came home.

You were in serious trouble,
but you prayed to the LORD,
and he rescued you.

He made the storm stop and the sea be quiet.

You were happy because of this,
and he brought you to the port
where you wanted to go. 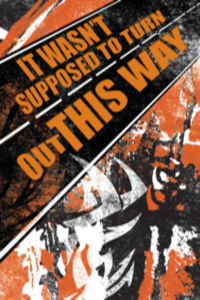