Life is one hard race. If anyone was least likely to win it, it was me. I never thought I’d be a ‘winner.’

My parents separated when I was eight. I went to live with my dad and rarely saw my mom. Dad worked long hours, and I spent most of my childhood alone. Alcoholism stole my family. I longed to be loved. I wanted to be part of a real family.

At 13, I’d had enough. I hitchhiked my way across country from New Jersey to Colorado. I’d met a man back in Jersey, but he and his family moved to Colorado. He was a godly man, and he’d taken me under his wing before. He was a mentor to me. I saw something in his life, and I wanted what he had. I lived with him and his family in Colorado for a year.

He taught me a lot about our heavenly Father and his unconditional love for us.

When I returned home, I attended church occasionally. But, it wasn’t long before God was in the background again. I pursued what I wanted. I married young and divorced just one year later. I moved from job to job, looking for happiness. When my dad died in 1989, I never felt more alone.

My brother and I quit our jobs, hopped on our new Harley-Davidson and headed west. We rode around the country for a full month. I found myself back in Colorado with the same godly man. He encouraged my brother and I to follow our dream and open our own Harley Davidson dealership. After 13 months of hard work, Vreeland’s Harley Davidson opened its doors in December of 1990.

As the business grew, I had the opportunity to work on NASCAR’s “Bush Grand National Series” race teams. I love the thrill of racing in the big leagues. I was away from home a lot. And even though I was able to go to victory lane four times with my team there was still something missing. I didn’t feel like a winner. When I started attending the Motor Racing Outreach Chapel services, I made a choice. I finally moved God from the background to the front of my life. I surrendered my entire life to Jesus, was baptized, and started living every area of my life for him. That is when I truly became a “winner.”

Win or lose at the track, I am victorious every day over sins, problems, and the distractions of this world. Everyone can qualify for God’s Team and you’ll never find a better prize. Everyone can be a winner with God.

It’s not that I’ve already reached the goal or have already completed the course. But I run to win that which Jesus Christ has already won for me. Brothers and sisters,

I can’t consider myself a winner yet. This is what I do: I don’t look back, I lengthen my stride, and I run straight toward the goal to win the prize that God’s heavenly call offers in Christ Jesus. (Philippians 3:12-14 GWT)

● Acknowledge you are a sinner

● Ask Jesus to forgive you

● Invite Jesus into your heart 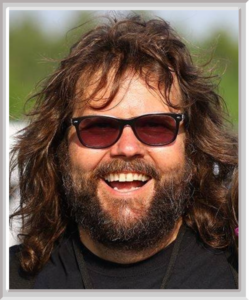 See Section 5.20 to learn about the security our Heavenly Father has for those who serve him. 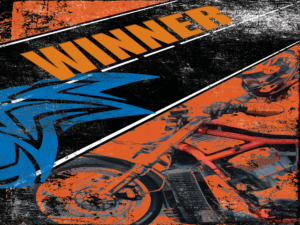